What Is a Pole Barn? The Difference Between a Pole Building vs. Stick Frame

We’ll compare a pole barn building with a stick-frame structure to see why post-frame construction ultimately triumphs. But before we do that, let’s make sure we understand exactly what we mean by a pole barn.

What is a Pole Barn?

A pole barn, or pole building, is the traditional name for a large agricultural structure with no basement, a high ceiling, and wide-open spaces. Laminated wooden posts are used in the frame, and today builders prefer the term post-frame building.

Those laminated posts—as well as roof trusses—are highly engineered, prefabricated components. Among other advantages, they help create a durable, economically built structure ideal for anything from a garage, workshop, or hobby shed to a storefront, event center, horse stable, or primary residence. To appreciate the true difference between a pole building and a stick-frame structure, you don’t want to judge a book by its cover—or a building by its facade. Let’s take a closer look.

Unfortunately, all too often people tend to view the exterior of a pole barn as its defining characteristic. But that’s not technically true. In essence then, the difference between a pole barn and a stick-frame building comes down to their respective framing systems—their bones.

What does post-frame construction mean?

These structural components help transfer wind and snow loads to the foundation. And regarding that foundation, post-frame structures do not require pouring what’s called a continuous foundation, which simplifies the construction process and lowers overall costs.

What does stick-built mean?

With stick-built (or stick-frame) buildings, the majority of components that comprise the wooden skeleton of the structure are constructed on site, piece by piece (or stick by stick) as opposed to prefabricated in a factory.

Wall studs are the main vertical framing element and are typically 16 to 24 inches on center.

For support, this framing system is typically built over—and secured to—a continuous concrete foundation in the form of a crawlspace or basement.

Now that we covered their basic differences, let’s dive into 12 reasons why pole barns, which use post-frame construction, have the upper hand over stick-frame buildings.

With post-frame buildings, posts are sunk 4 to 6 feet deep into the ground, and no concrete slab is required. Note that a slab can be added (and often is). But it will be at a fraction of the cost of a continuous foundation, which is generally a requirement with stick-frame construction. The concrete and excavating costs for a continuous foundation can often be around 15% of overall project costs. If you’re trying to figure out a pole barn home vs. stick-built cost, for example, this is a major point to keep in mind.

In fact, it’s an important factor for any type of building where you’re weighing your pole barn vs. stick-frame options.

Since pole barns don’t require a continuous foundation, you have more flexibility in terms of your site location. Also, unlike a stick-frame structure, a pole barn building may not need a completely flat foundation during construction. You can add interior gravel and do a final grade after the building is completed.

Closely related to No. 1 above, post-frame systems in pole barns can be designed to accommodate varying soil wall pressures, either from within or from the exterior of the building wall.

This can be accomplished without the extensive excavation costs and expensive concrete foundation system needed for stud walls in stick-frames.

Being able to expand your space cost-effectively creates further longevity for your building. Pole barns have the edge here as well. Options like larger overhangs and even major additions are easier to construct off of the posts, or columns, in a pole barn, rather than stud walls in a stick-frame building.

Pole barn construction involves fewer overall building components than stick-frame. On top of that, the majority of components that are used will be prefabricated before being brought to the building site.

The columns used in pole barn buildings can have on-center spacing of 8 or more feet, a fact that makes extra-large wall openings much easier to construct. To achieve this in typical stick-frame construction requires expensive headers and framing reinforcements. Larger wall openings can be an absolute necessity in, for example, agricultural, implement storage, and commercial buildings. Doorways in these structures must be big enough to accommodate moving equipment and inventory in and out safely and conveniently.

7. Greater strength due to transfer of force into the ground

Because of the anchoring of the solid posts at least 4 feet into the ground, pole barn buildings will transfer wind and snow loads directly into the soil at these locations. This is a crucial feature for structures in the Midwest.

This provides much greater wind and load resistance than stick-built buildings, which have weak links at the hinge joint terminations on the ends of the stud walls. This is ideal for gymnasiums, event facilities, open shelters, and workshops.

But in pole barn buildings, no load-bearing interior walls are necessary. This reduces the framing costs typically associated with constructing load-bearing walls.

Constructing a building certainly involves some complicated procedures. But here’s a building concept that’s fairly simple: The post-frame construction method for pole barns uses larger components in its structures. And the larger the component, the longer the lifespan. 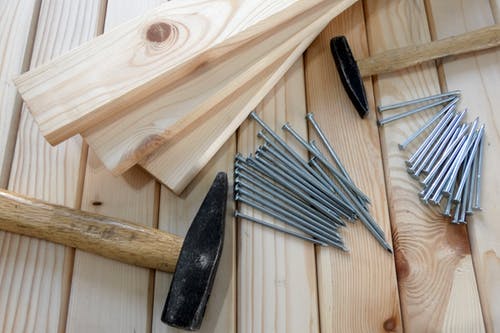 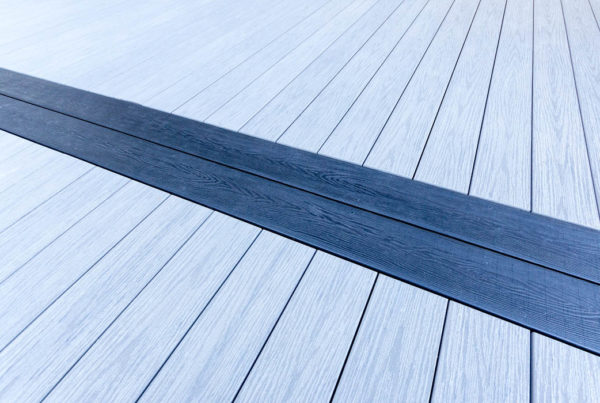 it is time to repaint your PVC deck 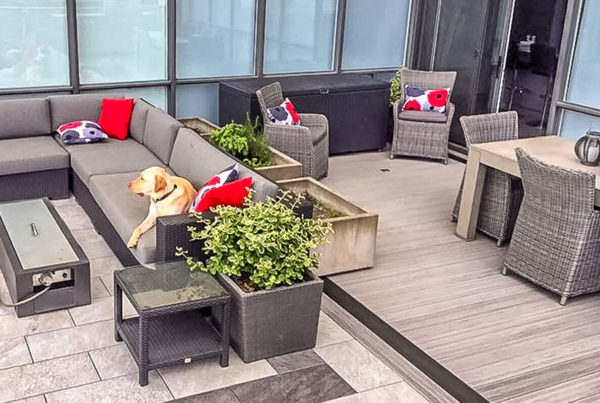